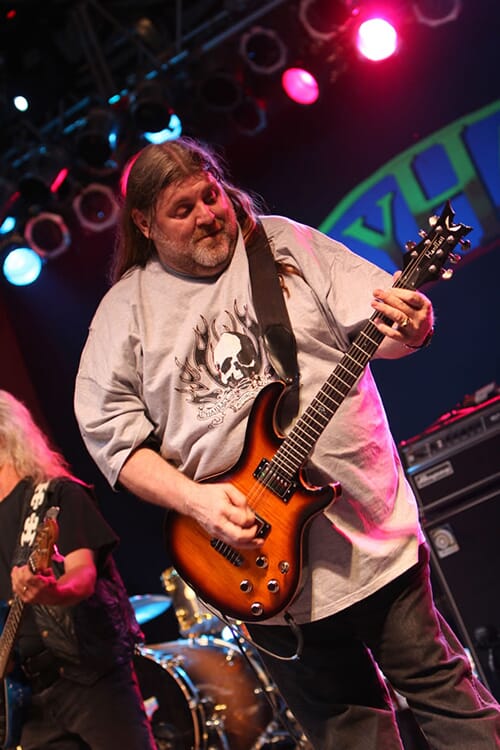 Influences: The Doors and Eric Clapton

Before Hatchet: Dave was born in Hawaii, and then the Hlubek family initially moved to what is now Silicone Valley, California. Dave started out playing drums before moving over to be a guitarist. His first band was called "Something Else" who he joined at the age of 14. From there, Dave moved on, and by the very early seventies, he was playing in "Mind Garden " with Tim Lindsay (later of "The Rossington Band")

Founding Hatchet: First met Steve Holland at Paula’s Music, Jacksonville which provided the inspiration behind the founding of Molly Hatchet.

Dave: "There were six of us in the band. We took a John Deere Tractor hat and everybody came up with three names apiece and put them in the hat. We did it like the lottery. We said that whatever name was pulled out of the hat, by God, was going to be the name of the band. Well, the 18th name, the only one left, was Molly Hatchet! We said, ‘What the fuck is that?’ It started out, ‘Molly Fucking Hatchet.’ Everyone was saying, ‘Whose the girl in the band?’ People of Jacksonville took it upon themselves to start making bumper stickers. We just kept the name. Who in the hell is Molly? It’s like, what’s in a name! Molly was an axe murderous. Her name was Abigail something. The history books called her Hatchet Molly. She was some passion killer."