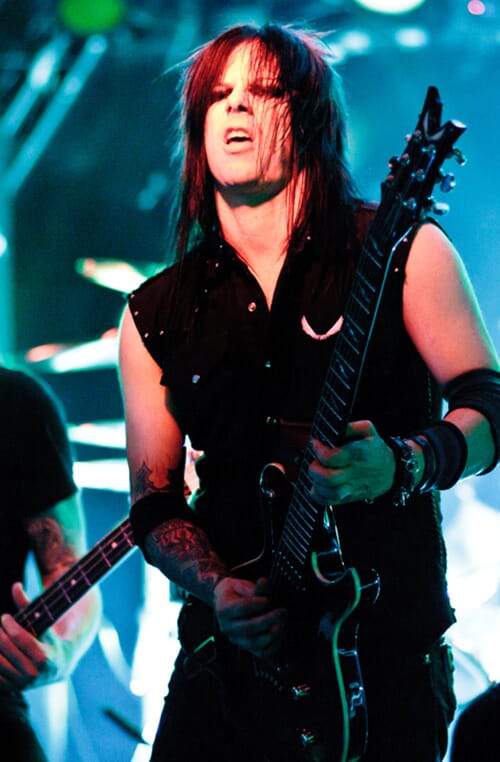 Davey Suicide is ready to set the world ablaze.  The Los Angeles insurgent injects gutter grit back into rock n roll.  It’s been far too long since a rebel raged through town with distortion blaring, middle fingers in the air and flames everywhere.  Flanked by bandmates, Needlz (keyboards), Drayven Davidson (drums), Brent Ashley (bass), and Mikey 13 (guitar), he distills heavy metal, industrial and punk into anthems that are as corrosive as they are catchy.  After spending 2012 and 2013 extensively touring the US and a debut UK tour, the band are putting the finishing touches on their second album.  Whether or not you’re prepared, Suicide has arrived.