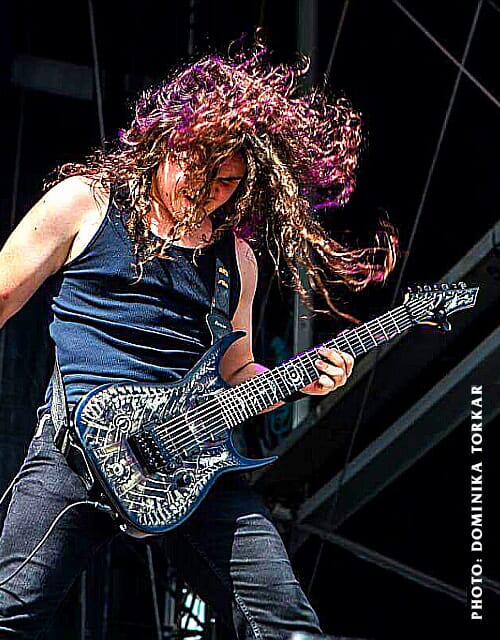 Gunnar DüGrey got his first guitar ( A Michael Schenker V ) on his 9th birthday and didn't put it down until he mastered it. He started writing and recording songs for his brainchild "Chronological Injustice" at 11 years of age. Recording at Human Studios in Portland, Oregon, he went through many young musicians before he joined the Portland Oregon music school, "School of Rock", where he met other young talented musicians to join him. With Gunnar barely in 8th grade and the others in High School, they proceeded to take Portland by storm.

That summer, at 18 years of age, he went with Vicious Rumors to Europe for many tour dates including The Bang Your Head Festival, where they recorded the whole set for a DVD in front of 20,000 metal heads, to be released in 2018. That Fall, they toured the west coast including a stop in Hollywood to play with old tour mates, Accept. 2018 saw VR tour the US and Canada for 2 solid months.

2019 will start with a bang for Vicious Rumors! They will start the year off with some high seas debauchery on the 70,000 Tons of Metal floating festival! Followed by a month long Spring run of Europe with stops at the Tattoo Festival with The Black Dalia Murder, The Keep it True Festival, Full Metal Cruise and The Delta Metal Meeting! In the Summer they'll hit the road for two months in the U.S. and Canada! Work on the new VR album will be hit hard between every tour break as well. Plans to hit South America and Japan are in the works also, hopefully at the beginning of the new year in support of the new album. 2019 will be a monumental year for Vicious Rumors and 2020 will be even more spectacular, stay tuned!