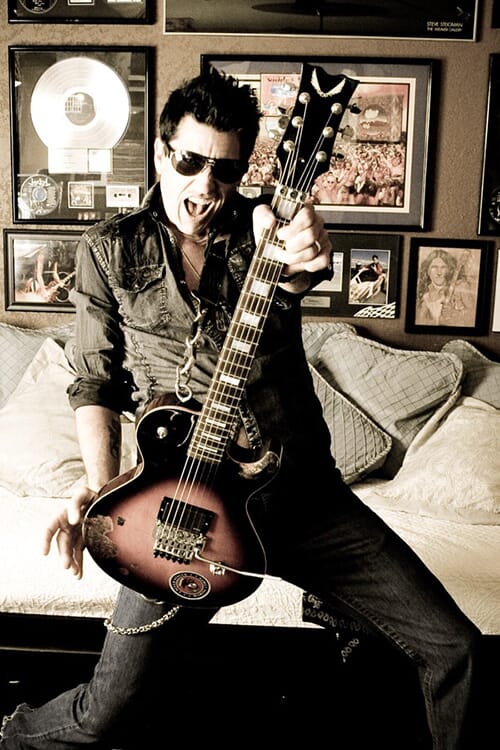 Jeff Worley of Jackyl and his Dean USA Thoroughbred Guitar!

It's been nearly 20 years since Jackyl shot out of Georgia with its wild, untamed and uncouth approach to rock 'n' roll. Equal parts hard rock, heavy metal and Southern rock, Jackyl formed in 1991 and brought back rock 'n' roll back -- back to its down-to-earth, wild, fun-loving origins. Full of spit and swagger -- and a "dirty" sense of humor to boot -- Jackyl quickly earned a deal with Geffen Records. Jackyl's live shows were already legendary before the ink dried on the Geffen contract.

Staying true to their working band roots, 2008 and 2009 saw Jackyl on the road playing the summer festival circuit. The band is currently in the studio completing a 2010 release titled “My Moonshine Kicks Your Cocaine’s Ass.”