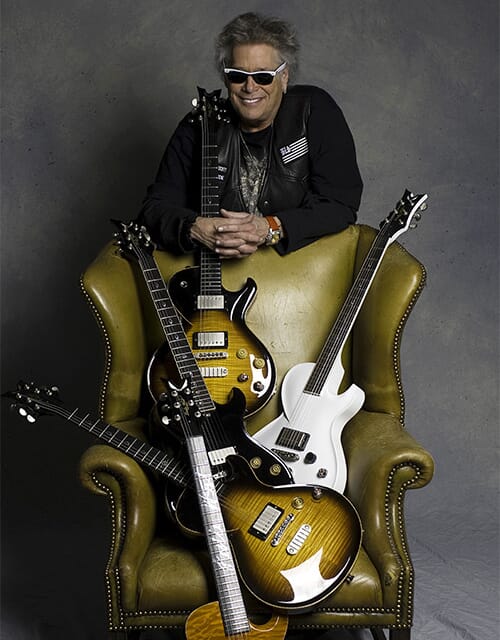 Leslie West has gained fame the world over during his 30-plus year career as one of the most innovative and influential musicians in the history of rock music. He is most noted for his role as leader of the explosive hard rock trio, Mountain, which was named by VH-1 as one of the Top 100 Hard Rock Groups of all time. With Mountain, he climbed the heights of rock stardom on the strength of a unique, signature guitar sound and classic songs such as “Mississippi Queen”, “Never In My Life” and “Theme From An Imaginary Western”,and Nantucket Sleighride which are still staples of rock radio to this day. Leslie has earned the admiration of a long list of famous peers. During his career, he has recorded or played with a litany of rock icons including Billy Joel, Van Halen, The Who, Mick Jagger and Jimi Hendrix, to name just a few. In fact, Eddie Van Halen, Michael Schenker and Richie Sambora have all cited Leslie as an important influence on their own music.

Tone like I've never heard before... and believe me, I know f'n tone!