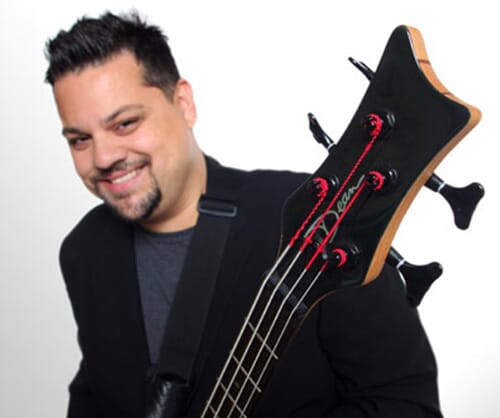 He is truly one of the most gifted young bassists to come along in quite a while.
-Artist and Producer Steve Tyrell

L.A.-based bassist Lyman Medeiros was raised in Honolulu, HA and Indianapolis, IN to parents with Portuguese, Polynesian, and Irish heritage. He picked up his first electric bass at age thirteen and began studying the upright bass at eighteen. After seeing a dynamic concert by the Ray Brown Trio in 1994, Lyman discovered a passion for jazz that has driven his career.  He earned a Bachelor of Music degree from Ball State University, Muncie, IN then continued his education at Western Michigan University, Kalamazoo, MI where he earned a Master of Music in 2000. Lyman flourished at Western. During his time there he earned Outstanding Student  Performer awards from the Notre Dame Jazz Festival and Downbeat magazine. He also won the Arts Council of Greater Kalamazoo’s Emerging Artist Grant, and was awarded a full fellowship to attend the prestigious Henry Mancini Institute in Los Angeles, CA.