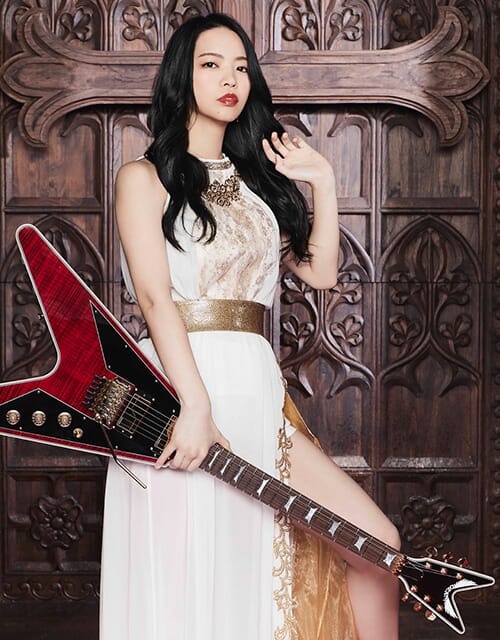 She moved to Tokyo in 2015, and while she continued to actively work as a guitarist, being recognized for her understanding of music nurtured since her childhood and her skill as a composer, she participated in the formation of the all-female metal band "LOVEBITES" in 2016 which signed to Victor Entertainment. Since 2017, she has been a full-time member of the band.