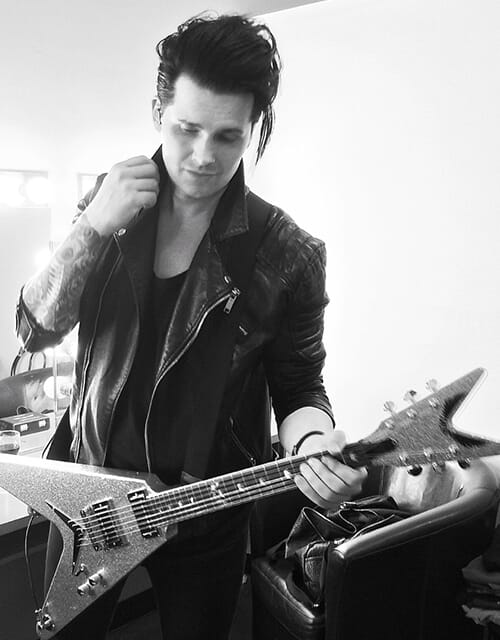 Sascha Gerstner, born in 1977 started playing keyboards at the age of 6, he then switched to the guitar when he was 13 years old.

At the age of 17, he already started to work as a studio guitarist in his home town and became well known around the area. In 1996 he joined the cover band scene in south germany where he met his former band mates from Freedom Call, where he was in the line up till 2001. He recorded the first two albums with the band and did three big tours in europe. When he left the Freedom Call he started to produce other young artists and worked as a songwriter for several acts. In 2002/2003 Charlie Bauerfeind (Producer) got him connected with Michael Weikath of Helloween. Since then Sascha Gerstner is a permanent member of the Band Helloween. Besides playing in the band, Sascha is running his own recording and mixing studio G-Tracks (www.g-tracks.com).