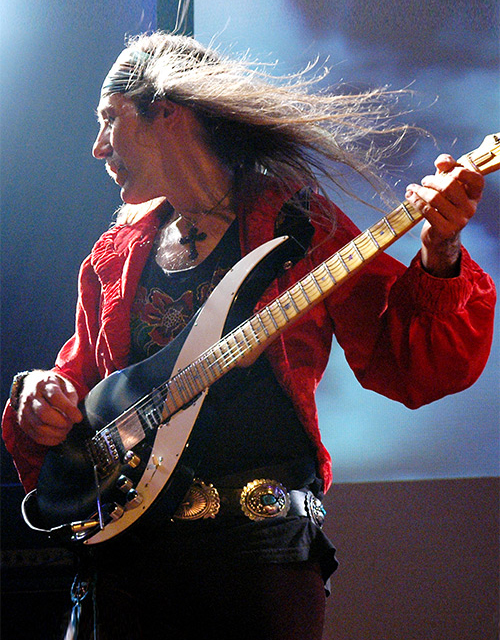 It is uncommon in one's life when an artist and an instrument fuse to create a musical journey that is simply legendary. We are talking about Uli Jon Roth and his creation - the Sky Guitar.

Back in the 1980's, Uli Jon Roth had a concept for a guitar that was unlike anything that had been seen prior in respect to appearance, sound, and playability. Imagine having a six octave range, scalloped fingerboard with supreme action coupled with some 80db of output and a beautiful, but functional shape.

For almost two decades, Mr. Roth was asked by various guitar companies to join forces and market his instrument, but either the timing was not right or the prototypes produced did not capture the essence of the instruments to his satisfaction.

A few years ago, an introduction to Elliott "Dean" Rubinson, owner of Dean Guitars, also a lifelong musician, convinced Uli that the timing was right and Dean Guitars had the vision to make this instrument properly.

There have been several things I have been concerned about in a production Sky Guitar, but based on Dean Guitars' knowledge of building and the encouragement I received I was convinced we could take the Sky Guitar even further.